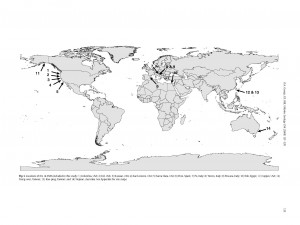 Wave climate, sediment supply and the depth of the sand–mud transition: A global survey

In the second paper from my thesis, I created a worldwide database about the seafloor geological feature called the sand-mud transition. The SMT has many biological, chemical and geological impacts. No investigations on it had occurred since the 1980s, but with modern information, my co-author and I brought this research into the 21st century. This paper became the #1 downloaded paper for Marine Geology, Summer 2008. It also generated a formal comment paper to Marine Geology in which researchers in Spain tested our theory. I was invited to prepare a response paper by the journal, and the two papers were published in 2009. The original paper continues to be cited by other scientists, most recently in May 2011.